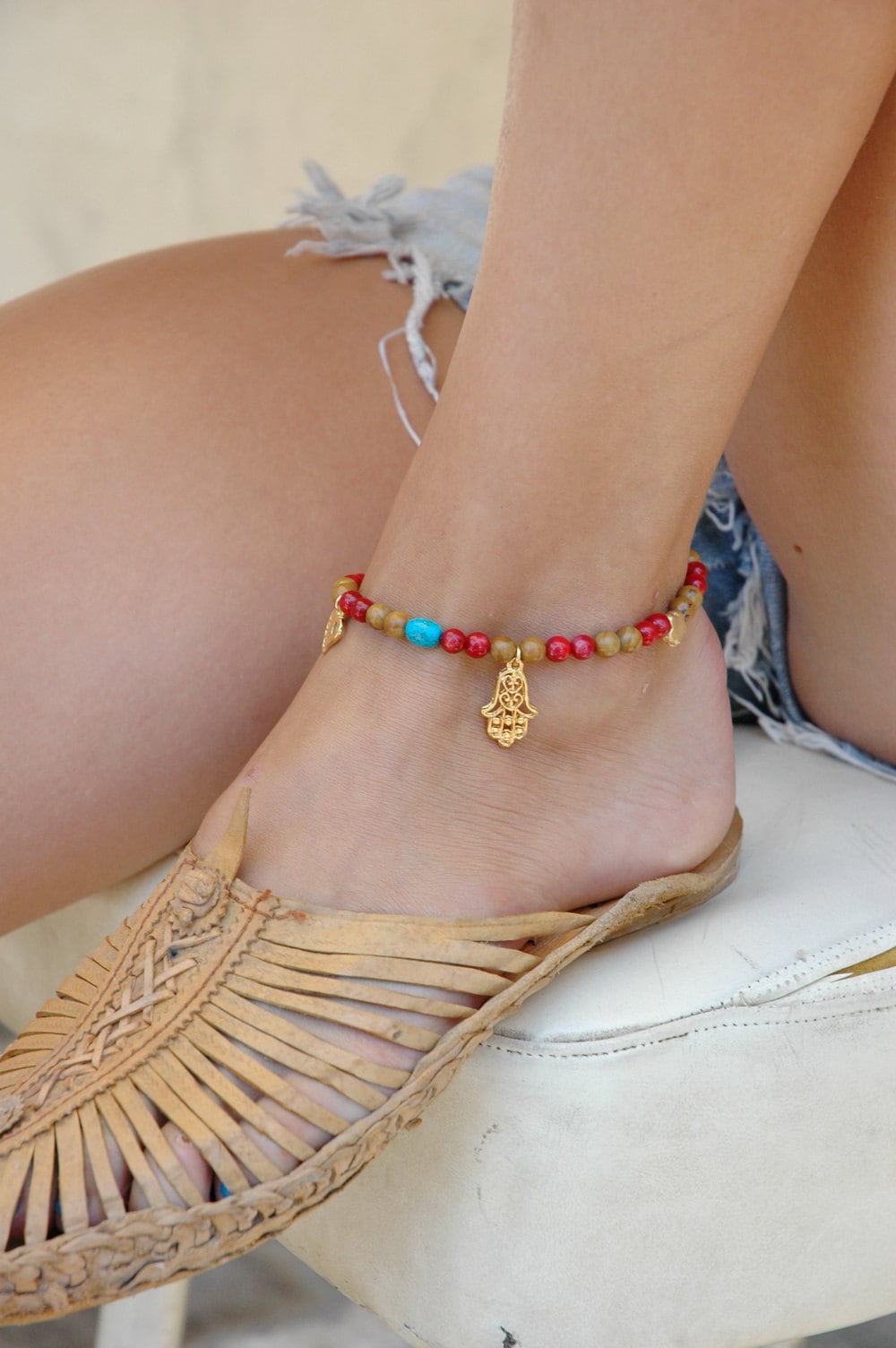 In Middle Eastern culture, it is believed that the human eyes hold supernatural powers. The power is believed to be unleashed when a gaze is directed upon another individual. If the stare brings about negative emotions in the person, such as feelings of jealousy, envy and anger, then the stare can inflict harm upon the individual whom the gaze is directed at. The recipient can be inflicted with misfortune that can result in financial loss, sickness, bad relationships and even death.

This stare came to be known as the Evil Eye, and people have sought safety from it by resorting to various jewelry containing trinkets that can cast protection.

The Hamsa Hand is one such charm that has often been used in jewelry to ward off potential danger from the evil eye.

The Hamsa Hand has origins going all the way back to ancient times. While the hamsa can take on different forms, it is generally in the shape of an open palm with the fingers outspread.

In Jewish tradition, each finger is symbolic of the five books in the Holy Bible. Some designs also come with an eye in the center of the palm. The hamsa has become a common charm seen in a variety of jewelry.

Aside from the protection that it is believed to provide, it has also become a fashion trend. Typical jewelry may come with a plain band and a single hamsa hand. The hand can be a normal open palm, or it can be more elaborately decorated with gems, beads and carvings embedded inside the hand.

It is also not uncommon to see the hand accompanied by other trinkets, such as a charm of the evil eye itself, a prayer scroll, a star or the wearer’s name. The band itself is also commonly decorated to a great extent. It can come as a normal elastic band or be adorned with beads and semi-precious stones.

With a lineage dating as far back as the earliest recorded history, the Hamsa Hand continues to provide a sense of safety for those who seek its protection.

Even with the younger generation who may not be as inclined to believe in ancient beliefs, may still wear Hamsa jewelry as a form of fashion as well as a way to include a unique amulet in their life.